To what extent the highest attempts for presenting
reality cannot be considered as an art?

What is art? And what is journalism?

The essence of art can certainly be said to have never existed if there is any clear definition of it. There are exceptions where a great mind did not try to cover and clearly name the work of one and what is the meaning hidden behind it, one’s spirit and creativity. A whole branch of Philosophy – Aesthetics tries to explain the very essence and problems of art.

The notions of art
From antiquity, Aristotle and Plato have had the strongest influence to this day on the essence of art. Aristotle’s poetics is still a fundamental book in dramaturgy and in it, he divides the arts as derived from the muses and led by the desire for imitation – aside from poetry and literary arts, epic poetry, tragedy, comedy, dithyrambs (a type of religious music). According to him, art is an attempt to embrace universal truths in individual cases of human existence.
For Plato, however, this imitation is nothing impressive – for the man for whom life is an imitation of eternal forms and ideals, the copy of the copy itself is only further distancing from the truth.
Burke in the 18th century in England mixed “A Philosophical Enquiry Into the Origin of Our Ideas of the Sublime and Beautiful”, a work that will have an impact on the development of
art and philosophy in the next few centuries and will give impetus to
Enlightenment and Romanticism. In it, he separates the sublime from the beautiful – something which is in great contrast from ancient philosophy. For him, beauty is what is wonderful, soothing, and pleasing to the senses, and the sublime – a rather new concept that was
little known to the ancient world. The sublime for Burke is what one can observe in a large-scale storm in the ocean or the view from a very high mountain. In front of such a view man is shrunken, perhaps even slightly humiliated, in contrast to the service of
everyday life and small needs.

Some ideas about journalism
At first glance, journalism does not deal with the aesthetic or
the sublime. It was not created simply by the independent creative genius, on the contrary – unlike all arts, perhaps with the exception of the most modern – such as cinema, for example, it was made entirely of technology, from printing in the 15th century to the telegraph and the Internet of the 19th and 20th centuries.
Its main function is to transmit information, to entertain. In most cases, it is bound by the need for profit and even in the defense of very strict interests or ideological framework.
But can’t the same be said for almost every art? Dostoevsky does not write his novels simply out of a desire to express himself, he literally survives with them. “The Gambler” was dictated by him to his young wife Anna Grigorievna for 26 days with the purpose of saving the rights to his other books from the publisher. Eisenstein dedicates the work of his life in the montage to protect the justly shed blood of the revolution. Religious art in a 5-story European gallery with security will take at least 3 of them, I don’t even need to share more.
And what can be said about the modern world, when ideology is so permeated in postmodernism, that work that does not shock the ecological, sexual, and political catastrophe and tyranny of humanity can hardly even qualify for art?
At first glance, journalism is closer to science or even craftsmanship. It is strongly bound to the Enlightenment ideal and professes empirical truth. At least in theory investigative journalism or journalistic investigation is very difficult
differ from science – it uses empirical methods to collect
information, careful monitoring, use of various sources of
information and skepticism about the formation and proof of a hypothesis.

Journalism and its essence
But the similarities stop there. Like art, journalism is strongly influenced by individual muse. It can be creative and strictly individual. Truman
Hoods with “In Cold Blood” – a book that documents a brutal murder in
the United States, in his own words, is categorized as a “non-fiction novel” – a work that runs the fine line between journalism and fiction,
where many other strong examples such as Hannah Arendt’s Eichmann in Jerusalem.
Photojournalism is more than anything a good example of creating works that can fully satisfy the senses and bring aesthetic pleasure.
The 1946 “Kiss” between a sailor and a nurse, the Afghan girl
National Geographic or Marilyn Monroe in a white dress running over a mine in New York
– these are not just pathetic examples of popular culture, these are aesthetic peaks of photojournalism.

Even when it’s not necessarily the friendliest to the senses, the stories it is able to tell have aesthetic qualities that can attract the attention
of millions, to stop or start wars. Tiananmen’s “Tank man” 1989, the raising of the American flag over Ivo Jima, the Hindenburg crash, September 11, even war crimes have become notorious for their incredible shots.

And here we come to perhaps the most important function of journalism as art in our days. Although the prevailing sentiment towards the news these days is that they are too negative, in fact, modern culture is an extremely curious way of approaching classical understanding about journalism. For the ancient Greeks, tragedy was
an extremely valuable genre that has nurtured the necessary humility and awareness of the possibilities of human hubris to bring destruction – or of human inability to overcome forces beyond all control and understanding.

With the withdrawal of religion in most developed industrial societies, the need for the sublime – in Burke’s sense, to some extent it can be said to be substituted namely from journalism. This is precisely the genre that is most capable to reveal truths that go beyond any understanding – economic cataclysms, political upheavals, environmental catastrophes. And with this achievement, modern journalism comes closest to being art – a copy of the copy, like a lens to living life. 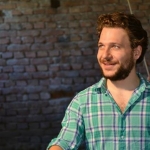 Communication and advertising expert. Graduated in Film Science and Drama at Worcester University, UK. He currently specializes in Branding and Advertising in Bulgaria.

He also works in the digital advertising sector and as a freelance journalist.

This author does not have any more posts.

The importance of Financial literacy
Scroll to top

This site uses cookies. By continuing to browse the site, you are agreeing to our use of cookies.

We may request cookies to be set on your device. We use cookies to let us know when you visit our websites, how you interact with us, to enrich your user experience, and to customize your relationship with our website.

Click on the different category headings to find out more. You can also change some of your preferences. Note that blocking some types of cookies may impact your experience on our websites and the services we are able to offer.

These cookies are strictly necessary to provide you with services available through our website and to use some of its features.

Because these cookies are strictly necessary to deliver the website, you cannot refuse them without impacting how our site functions. You can block or delete them by changing your browser settings and force blocking all cookies on this website.

These cookies collect information that is used either in aggregate form to help us understand how our website is being used or how effective our marketing campaigns are, or to help us customize our website and application for you in order to enhance your experience.

If you do not want that we track your visist to our site you can disable tracking in your browser here:

We also use different external services like Google Webfonts, Google Maps and external Video providers. Since these providers may collect personal data like your IP address we allow you to block them here. Please be aware that this might heavily reduce the functionality and appearance of our site. Changes will take effect once you reload the page.